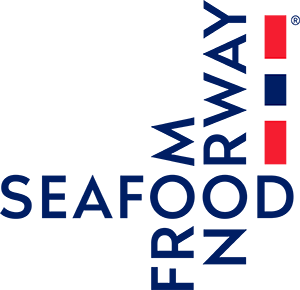 Norwegian fjord trout – the commercial name for Norwegian-farmed rainbow trout – is a niche product known for its high quality. It matures in the clear, cold Norwegian fjords where the seawater meets fresh meltwater from the glaciers in the mountain.

The rainbow trout is a predatory fish in the salmon family. It has a streamlined, silver-coloured body with black dots on the entire body except for on the abdomen. Farming of trout takes place along nearly the entire Norwegian coastline, from Finnmark in the north to Vest-Agder in the south. Like Atlantic salmon, the trout starts its life in freshwater. Once it has reached a certain size and has adapted to seawater, it is moved to pens in the fjords. The farms are located in fjords with good water replacement which ensures optimal living conditions for the fish. It stays there until it has reached its market-ready weight of 2–5kg.

Norwegian fish farming began with farming rainbow trout. Much of the success and rapid development in the aquaculture industry is thanks to the pioneering work carried out by the first trout farmers. Today, Norway has some of the most advanced technological solutions for ensuring good fish welfare and producing high-quality fish.

Fjord trout is especially rich in Protein, which builds and maintains all the cells in the body. Marine omega-3 fatty acids, which prevent and retard cardiovascular disease and are important for the development of the brain. Vitamin D, which is necessary for getting the right calcium balance in the body and contributes to maintaining and strengthening the skeleton. Selenium, an important element in the enzymes that combat harmful chemical processes in the body.

How to use trout

The flesh of the trout is known for its deep red-orange colour – which lies between 29 and 32 on the colour scale of SalmoFan™ – and white marbling. The soft and tender flesh has a healthy gloss. Trout is less exposed to split when being fileted, as it has a tighter and firmer flesh structure than other red-fleshed fish. Fjord trout is a versatile product with a rich taste reminiscent of shellfish. It is more sensitive to heating than salmon, but with the right handling the trout remains delicate and succulent. It is particularly excellent to smoke and eat raw, but baked, grilled, fried or boiled trout is equally delicious.